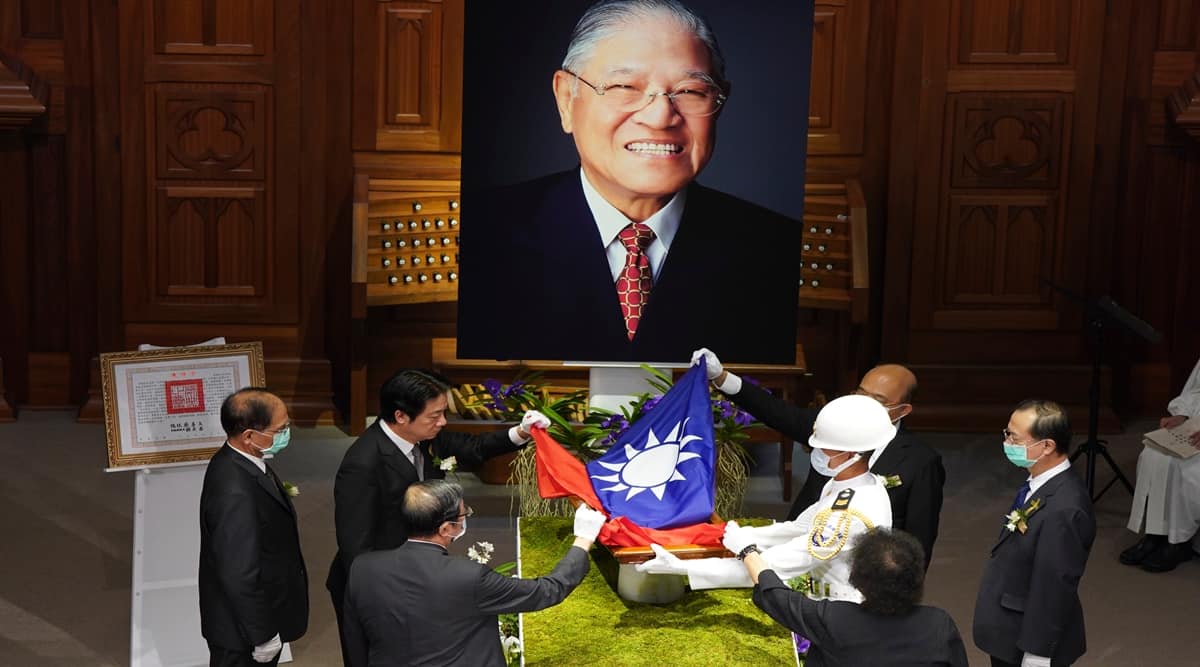 A Taiwanese flag is laid during a memorial service for the late former Taiwanese President Lee Teng-hui in Taipei, Taiwan on Saturday, Sept. 19, 2020. (Pool Photo via AP Photo)

Lee’s memorial service took place in the shadow of renewed Chinese war games, as did his election as Taiwan’s first democratic leader in 1996.

China claims the island as its own territory.

Lee, who died in July, was president from 1988 to 2000. His greatest act of defiance was becoming Taiwan’s first democratically elected president in March 1996, achieved in a landslide following eight months of intimidating war games and missile tests by China in waters around the island.

Those events brought China and Taiwan to the verge of conflict, prompting the United States to send an aircraft carrier task force to the area in a warning to the Beijing government.

On Friday and again on Saturday, China carried out drills in the Taiwan Strait, sending 19 aircraft near the island on Saturday alone, as Beijing expressed anger at the visit of a senior US official to Taipei, there for Lee’s memorial.

Speaking at the memorial service in a chapel at a Taipei university, President Tsai Ing-wen said he had shaped the Taiwan of today.

“Confronted with daunting international challenges, he skilfully led the people of Taiwan by promoting pragmatic diplomacy. Taiwan became synonymous with democracy and was catapulted onto the world stage. Because of this, President Lee came to be lauded as Mr. Democracy,” Tsai said. “Thanks to his efforts, Taiwan now shines as a beacon of democracy.”

Tibet’s exiled spiritual leader, the Dalai Lama, whom Beijing also reviles as a separatist, sent a recorded video message for his “close friend” Lee. “Now he is no longer here, but we Buddhists believe in life after life, so most probably he will be reborn in Taiwan,” he said.

Lee’s remains will be interred at a military cemetery next month.