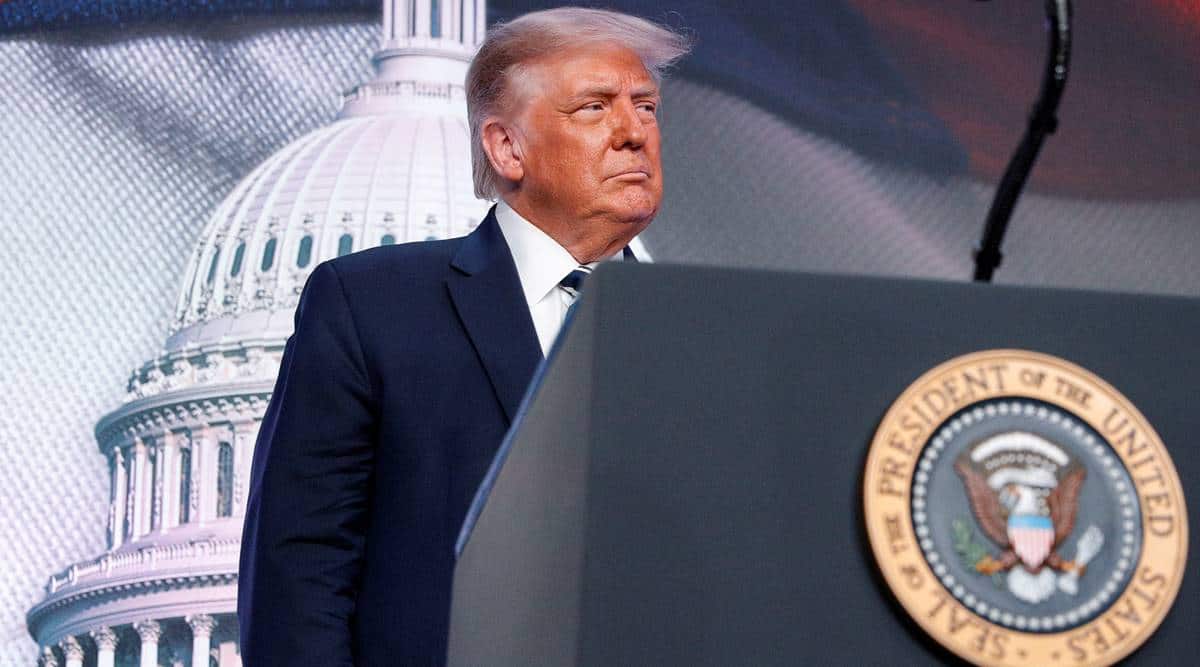 President Donald Trump on Wednesday wouldn’t commit to a peaceful transfer of power if a tally of ballots shows Democrat Joe Biden wins the November election.
“We’re going to have to see what happens,” Trump said in response to a reporter’s question at a White House news conference on Wednesday evening. “You know that I’ve been complaining very strongly about the ballots, and the ballots are a disaster.”

Trump has been criticizing the legitimacy of mail-in voting, which is being offered in a number of states as officials seek to limit the spread of the coronavirus at packed polling places.

The president has repeatedly claimed without evidence that mail-in voting is more susceptible to fraud than in-person voting on Election Day. Lawyers representing Trump’s campaign are challenging mail-in voting rules in several states.

Trump is trailing Biden in national polls and in key states.

Senator Mitt Romney of Utah reacted to the president’s remarks on Twitter: “Fundamental to democracy is the peaceful transition of power; without that, there is Belarus. Any suggestion that a president might not respect this Constitutional guarantee is both unthinkable and unacceptable.”

On Tuesday, Romney, who has often been critical of Trump and was the lone Republican to vote to convict him in this year’s Senate impeachment trial, said he supported proceeding with the president’s plan to quickly replace the late Justice Ruth Bader Ginsburg on the U.S. Supreme Court