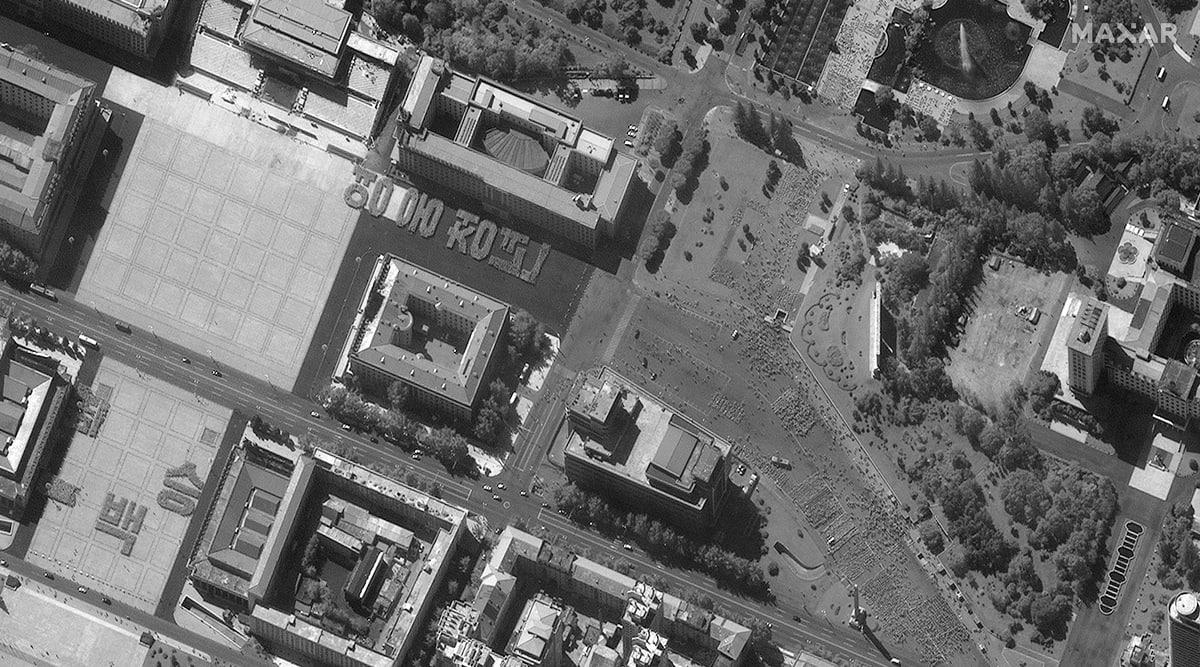 Analysts and security officials say they are watching for signs that North Korea may use an upcoming holiday to unveil new weapons or test fire a submarine-launched ballistic missile (SLBM), after a flurry of activity was detected at a key base.

Formations of troops have been seen practicing for what is expected to be a major military parade on October 10, the 75th anniversary of the ruling Workers’ Party of Korea. Some observers say North Korea may showcase its largest missiles for the first time since 2018.

Imagery analysts and security officials caution that so far there is no conclusive evidence of an impending launch. But after several typhoons lashed North Korea in early September, satellite photos have shown a flurry of activity at the Sinpo South Shipyard, including in a secure basin where a barge used in previous underwater missile launches is docked.

“We’re monitoring developments, as there is a possibility that a submarine-launched ballistic missile test will be conducted there using ejection equipment shortly after the repair is done,” Won In-choul, the nominee for chairman of South Korea’s Joint Chiefs of Staff, told lawmakers this week.

Other South Korean officials have sounded more cautious notes, including incoming South Korean defence minister Gen. Suh Wook, who said on Monday that he considered an SLBM test unlikely because there is too little time to prepare ahead of the anniversary.

On Thursday, Daily NK, a Seoul-based website that reports on North Korea, cited a single unnamed source near the shipyard as saying the site “is bustling with activity to prepare for the ballistic missile launch,” with officials and researchers arriving since late August.

38 North, a US-based think tank, said in a report on Wednesday that imagery showed “heavy activity” at the shipyard, but that “no other indicators of launch preparations were observed.

“Although the activity does suggest some kind of work is being done on the missile barge, which has either been moved from the basin or repositioned under a protective awning, it would also be consistent with basic repair work after the storm, said Dave Schmerler, a senior researcher at the James Martin Center for Nonproliferation Studies.

On September 4, the US-based Center for Strategic and International Studies said satellite imagery showed activity at Sinpo that was “suggestive, but not conclusive, of preparations for an upcoming test of a Pukguksong-3 submarine launched ballistic missile from the submersible test stand barge.

“Last October, North Korea said it had successfully test-fired a Pukguksong-3, which elicited no major reaction from US President Donald Trump, who has held up the absence of intercontinental ballistic missile and nuclear tests by that country since 2017 as a diplomatic success and played down shorter-range launches.

Although North Korea could roll out a new weapons system, there are no indications that the country is looking at “lashing out” ahead of the expected military parade, the commander of US military forces in South Korea said last week.