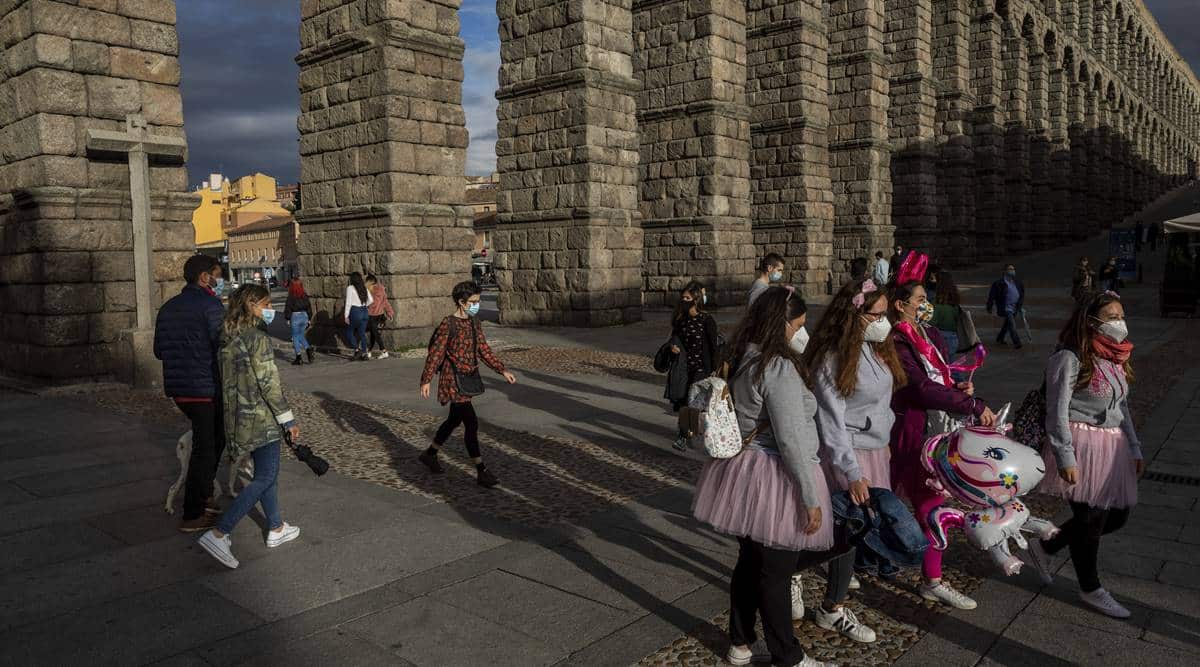 Coronavirus Global Updates: More than 30.55 million people have been infected by the novel coronavirus globally, and at least 951,051 have died due to the disease, according to a Reuters tally.

New York City’s mayor says he is confident the city will meet a revised timeline to bring public school students back to classrooms within the next two weeks, the Associated Press reported.

Mayor Bill de Blasio recently delayed the reopening plan for the nation’s largest school district for the second time since it was announced in July, citing a shortage of staff and supplies. Unions representing the city’s teachers said it wouldn’t have been safe to open all the school sites next week.

As per the revised timeline, most elementary school students will return to in-person learning starting Sept 29, while middle and high school students will do the same Oct 1. The unions had pressed for more staff and additional protective equipment for protection against the virus. De Blasio promised to hire 2,500 more teachers in addition to the 2,000 additional teachers he had previously announced.

Meanwhile, German Chancellor Angela Merkel says the coronavirus pandemic has highlighted the need for upgrades of school technology around the country, the Associated Press reported.

Merkel said Saturday during her weekly video podcast that teachers were left scrambling to teach courses virtually when schools closed at the start of the country’s outbreak. “That is why we have to push ahead with the digitization of schools at full speed. We need this as an indispensable addition to face-to-face teaching, “she said.

Merkel said the government is committing 6 billion euros ($7.1 billion) to support the development of digital learning and infrastructure in schools. She said all schools need high-speed internet access as soon as possible and teachers need computers suitable for providing digital lessons.

Schools in Germany have reopened and students have returned to in-class learning, but officials have cautioned the country needs to be better prepared in case virus cases spike again. 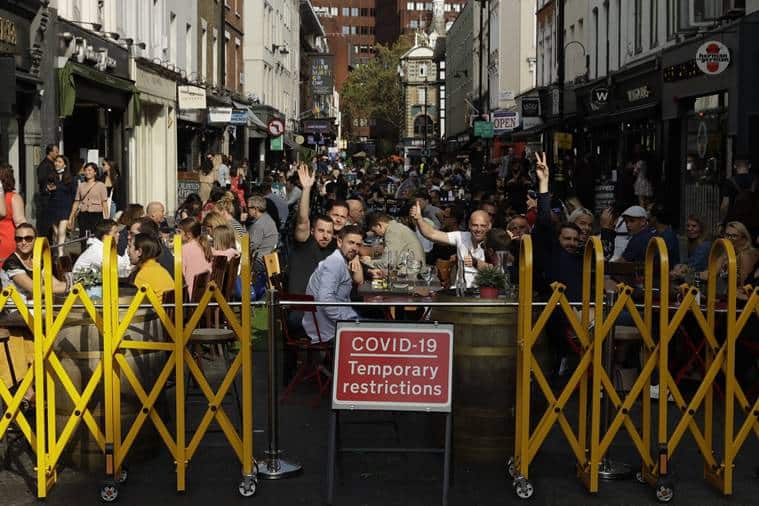 People react to being photographed as they sit outside on a street closed to traffic to reduce the spread of coronavirus so bars and restaurants can continue to stay open, in the Soho area of central London, Saturday, Sept. 19, 2020. (AP Photo)

French economy minister Bruno Le Maire announced in a tweet on Friday that he had tested positive for coronavirus, the Associated Press reported. The minister said that he had no symptoms and was working during self-isolation. He is the fourth French minister to test positive since March.

France reported over 13,000 new cases for the second day in a row.

The French health agency said Friday’s big jump was the result of one hospital in the Essonne region south of Paris belatedly reporting numerous cases.

In Paris, the Prefecture de Police warned in a tweet that there will be no more tolerance for bars and restaurants where rules to check the spread of the virus aren’t being followed, like standing at counters or failing to follow social distancing.

Police “are intensifying” checks that can lead to closing establishments, it said. In one Paris district, 13 establishments were formally notified that they risk being shut down and 16 others were fined, the prefecture tweeted. 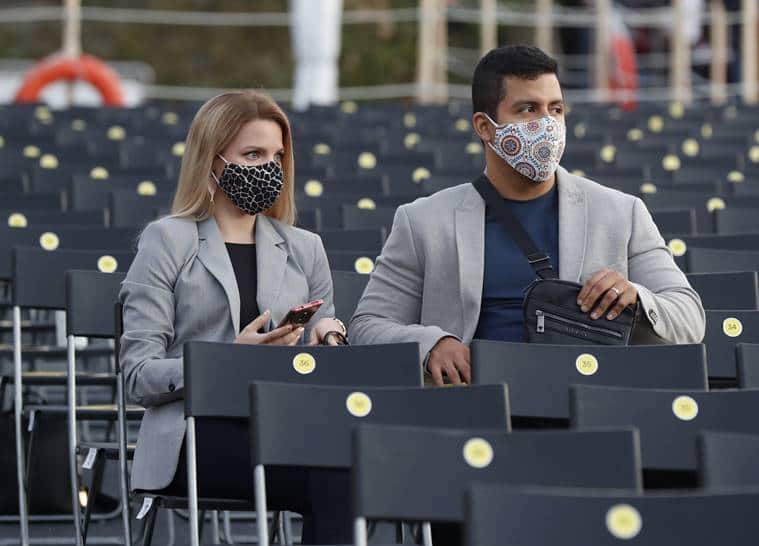 People wearing face masks wait for the start of a concert of British violinist Daniel Hope set on a floating stage on the Vltava river in Prague, Czech Republic, Saturday, Sept. 19, 2020. (AP Photo)

South Korea’s coronavirus tally has fallen to below 100 for the first time in a more than a month, the Associated Press reported.

The Korea Centres for Disease Control and Prevention (KCDC) Sunday said that the 82 new cases took the country’s total to 22,975 with 383 deaths.

South Korea’s tally has held in the 100’s for over two weeks, down from 400 in late August. Health officials say the downward trend is a result of social distancing rules imposed on the densely populated Seoul metropolitan area. The government is urging the public not to lower their guard as small-scale clusters are still being reported. 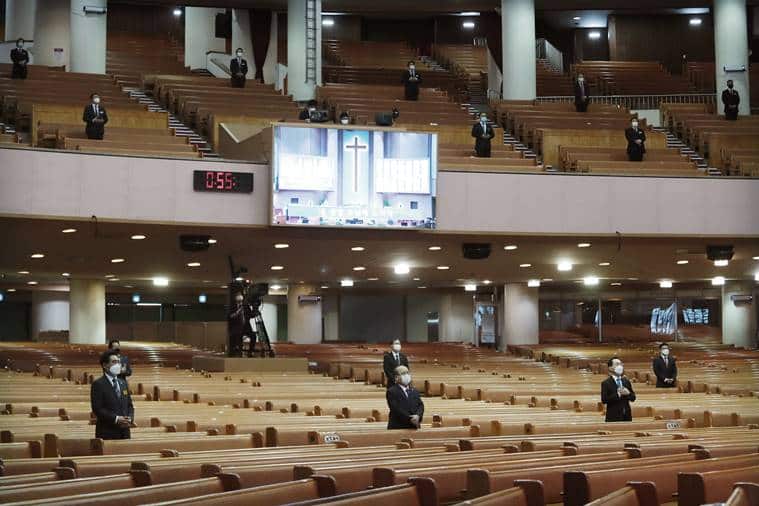 Pastors wearing face masks to help protect against the spread of the coronavirus pray during a service at the Yoido Full Gospel Church in Seoul, South Korea, Sunday, Sept. 20, 2020. (AP Photo)

Dozens of Israelis held a beach demonstration against a new lockdown prompted by a surge in coronavirus cases, the Associated Press reported. The three-week nationwide lockdown began on Friday as Israel celebrates Rosh Hoshana, the Jewish new year.

Some protesters carried pictures of Prime Minister Benjamin Netanyahu, who has been the target of weekly protests during the summer for his corruption charges and failure to handle the pandemic.

Israel has largely contained the virus in the spring, but the abrupt reopening of the economy in May worsened the outbreak. The protests against Netanyahu were also fueled by business owners who say the government failed to offer proper compensation in the first lockdown.

The government decided to impose a second lockdown because health authorities are recording thousands of cases every day, with a confirmed death toll of about 1,200. 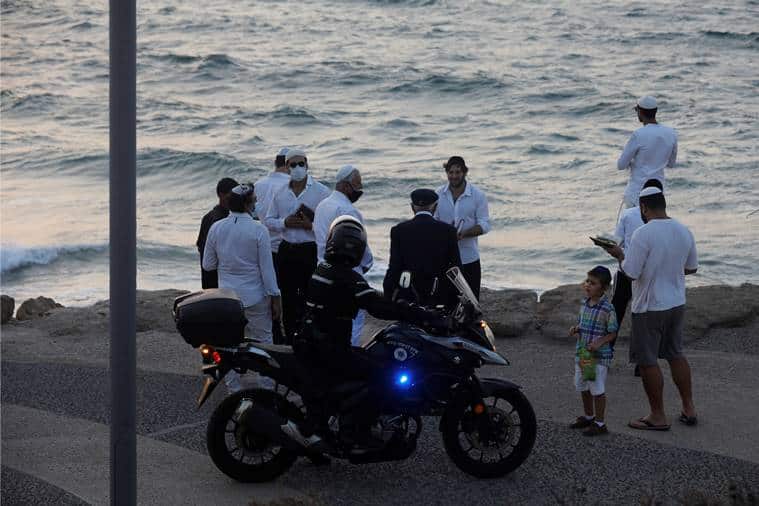 A municipality inspector speaks to Israelis by the shore of the Mediterranean after Israel entered a second nationwide lockdown amid a resurgence in coronavirus cases, forcing residents to stay mostly at home during the Jewish high-holiday season in Tel Aviv, Israel September 19, 2020. (Reuters)