People gather for a demonstration with the slogan ‚The end of the pandemic – freedom day’ – against coronavirus restrictions in Berlin, Germany, Saturday, Aug. 1, 2020. It comes amid increasing concern about an upturn in infections in Germany. (AP Photo/Markus Schreiber)

Mexico surpassed the United Kingdom to become the third worst country in terms of Covid-19 deaths. Latin America continues to remain at the top spot as the death toll rises in countries like Brazil, Mexico and Columbia. Even infections in the region have doubled over the past month to more than 4.7 million cases.

Due to restrictions, the pandemic has impacted nearly every aspect of Eid celebrations around the world today.

Here are some global developments on August 1, 2020:

Italian island runs out of room to quarantine new migrants

About 250 Tunisian migrants in several small boats have reached a tiny Italian island that has run out of room to quarantine them as required by Italy’s anti-coronavirus measures, local officials said Saturday. The Sicilian newspaper Giornale di Sicilia quoted Lampedusa Mayor Toto’ Martello as saying the island can’t wait until the government sends a chartered ferry where the migrants can be held for 14 days to fulfill the country’s quarantine requirement.

The island’s migrant holding center, which was built for a maximum capacity of 95 people, was already holding 950 when the latest passengers arrived, Martello said. The 250 who arrived between Friday night and Saturday must stay on the dock for now, until the promised ferry arrives or some other solution is found.

Thousands protested Germany’s coronavirus restrictions Saturday in a Berlin demonstration that insisted “the end of the pandemic” has arrived – a declaration that comes just as authorities are voicing increasing concerns about an uptick in new infections.

With few masks in sight, a dense crowd marched through downtown Berlin from the Brandenburg Gate ahead of a rally on a wide boulevard that runs through the city’s Tiergarten park.

Protesters who came from across the country held up homemade signs with slogans like “Corona, false alarm,” “We are being forced to wear a muzzle,” “Natural defence instead of vaccination” and “We are the second wave.” They chanted, “We’re here and we’re loud, because we are being robbed of our freedom!”

Police used bullhorns to chide participants to adhere to social distancing rules and to wear masks, apparently with little success. They tweeted that they were preparing a criminal complaint against the rally’s organisers for failing to enforce hygiene rules.

Travellers entering France from 16 countries where the coronavirus is circulating widely are having to undergo virus tests upon arrival at French airports and ports.

French Prime Minister Jean Castex announced last month that the tests would be required starting Aug 1 for the arriving passengers France is allowing in from the listed countries unless they present proof of a negative test done within 72 hours of their departure.

Those who test positive in France as of Saturday must quarantine for 14 days. France is not permitting general travel to and from the 16 countries, which include the United States and Brazil. The testing requirement therefore only applies to people entering under limited circumstances – “French citizens who live in these countries or citizens of these countries with an established residence in France,” Castex has said.

Daniel Court was tested at Paris-Charles de Gaulle Airport after coming in from the French Riviera city of Nice. He acknowledged not loving the experience. “It’s very fast, but I have to say that it’s not very pleasant. It is surprising. But we have to do it,” Court said.

Mexico surpassed Britain to become the country with the third-highest coronavirus death toll after recording 688 new fatalities to breach the 46,000 mark. Cases continue to rise in the country as the pandemic reaches new milestones in Latin America and threatens to disrupt efforts to reopen its economy. 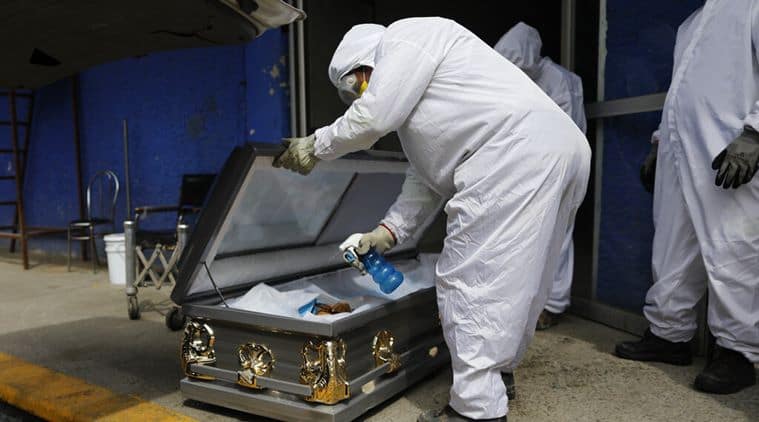 A worker wearing protective gear sprays disinfectant solution inside the coffin of a person who died from suspected COVID-19, as the body arrives at the crematorium at Xilotepec Cemetery in Xochimilco, Mexico City, Monday, July 27, 2020. (AP Photo/Rebecca Blackwell)

While the United Kingdom appears to have put the brakes on the virus, the pandemic shows few signs of slowing in Mexico, which has been trying to restart the economy since late May. “We’re opening when we’re not yet ready to open,” said Rosa Maria del Angel, head of Infectomics and Molecular Pathogenesis at Mexico’s National Polytechnic Institute.

Mexico plans to go ahead with its independence day celebrations in September despite the rising numbers, Mexican President Andres Manuel Lopez Obrador said.

The United States reported 1,453 fatalities on Friday, the biggest single day increase since May 27, to reach 153,882, according to a Reuters tally. On May 27, fatalities has increased by 1,484. 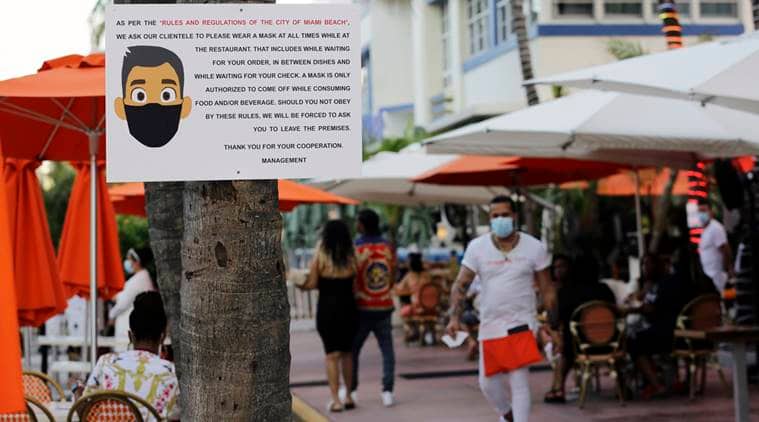 A sign informs customers at the Edison Hotel restaurant about wearing a protective face mask during the coronavirus pandemic, Friday, July 24, 2020, along Ocean Drive in Florida.(AP Photo/Lynne Sladky)

California and Florida, two of the most populous US states, reported record increases in Covid deaths on Friday. Florida reported 257 deaths and California 208. For Florida, this was the fourth day in a row with a record rise in deaths, and for California, the second this week.

Victoria, Australia’s second most populous state, reported 397 new Covid-19 cases Saturday, down by more than a third from Friday, while three new fatalities were reported taking the state’s toll to 116.

The authorities, however, are still considering levying restrictions. “The numbers are too high and there is a growing case for us to do more,” Victoria Premier Daniel Andrews said. “This is a very significant number of new cases, and while there is always a temptation to try and read trends in these numbers, there is a growing concern in relation to the number of community transmission within the data.”

Victoria accounts for about 60 per cent of Australia’s 17,300 cases 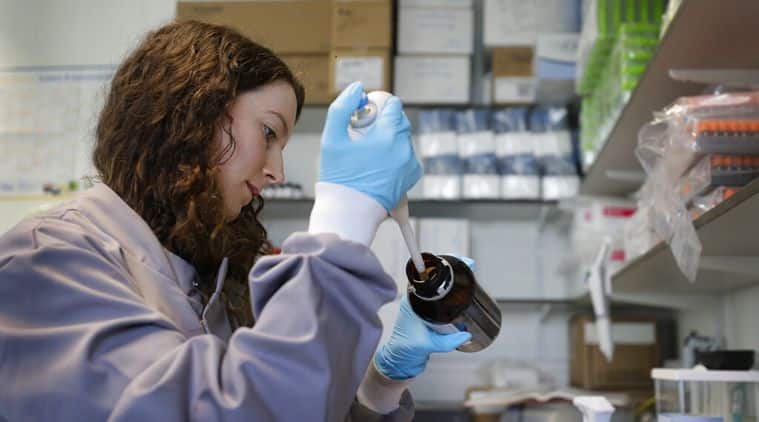 The US govt. plans to pay $2.1 billion to get enough vaccines for 50 million people. (AP)

US makes deal for 100 million doses of Covid experimental vaccines

As the US’s top health agency predicted a rise in fatalities in the coming week, the Trump administration said 100 million doses of experimental coronavirus vaccines will be supplied by two drug companies.

The agreement that falls under Trump’s “Operation Warp Speed” calls for the US government to pay French drugmaker Sanofi and British pharmaceutical giant GlaxoSmithKline up to $2.1 billion to supply it with enough vaccines for 50 million people, with the option to buy another 500 million doses.

Also read | Vaccine would be a reality by end of year or start of 2021, says top US expert Anthony Fauci

EU in talks to secure Sanofi deal for coronavirus vaccine

Sanofi SA and GlaxoSmithKline Plc on Friday said they were in discussions to supply up to 300 million doses of an experimental coronavirus vaccine for the European Union. The bloc has a 2 billion Euros emergency fund which it wants to use for striking deals with up to six drugmakers for vaccines to be provided for 450 million EU citizens.

On their deal with Sanofi, the commission said “the envisaged contract with Sanofi would provide for an option for all EU Member States to purchase the vaccine. It is envisaged that, once a vaccine has proven to be safe and effective against COVID-19, the Commission would have a contractual framework in place for the purchase of 300 million doses, on behalf of all EU member states.”

The Tripoli based internationally recognised Libyan government has reimposed a total lockdown for at least five days in an effort to fight the coronavirus in the country. Testing severely remains limited even amid a surge.

The new restrictions come amid the celebrations of Eid. Libya’s health system was devastated by nine years of conflict as the country was divided between rival administrations in the west and east.

As of now it has reported 3,621 confirmed infections and 74 fatalities. 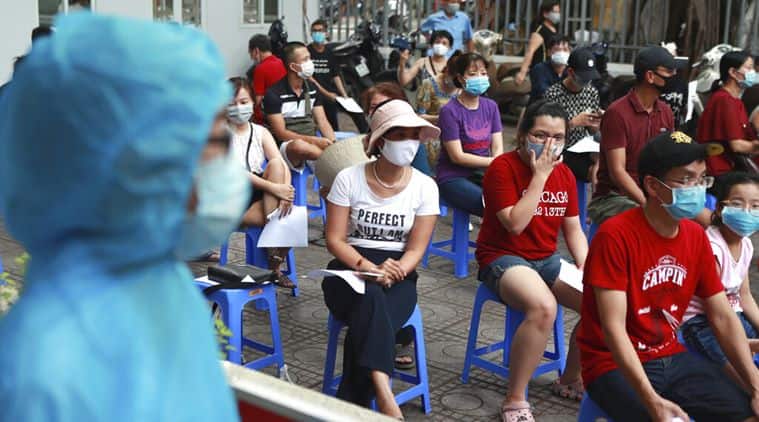 People wait in line for COVID-19 test in Hanoi, Vietnam, Friday, July 31, 2020. Vietnam reported on Friday the country’s first ever death of a person with the coronavirus as it struggles with a renewed outbreak after 99 days without any cases. (AP Photo/Hau Dinh)

Vietnam’s health ministry on Saturday reported 12 new local coronavirus cases linked to the recent outbreak in the central city of Danang, taking its total infections to 116 since the virus resurfaced last week.

The new patients, with ages ranging from two to 78, are linked to Danang hospital, the ministry said in a statement. Vietnam has registered a total of 558 coronavirus cases. The country recorded its first two deaths on Friday after managing to avoid any fatalities since the virus surfaced in the country.

Over half of 9 million furloughed British employees back to work 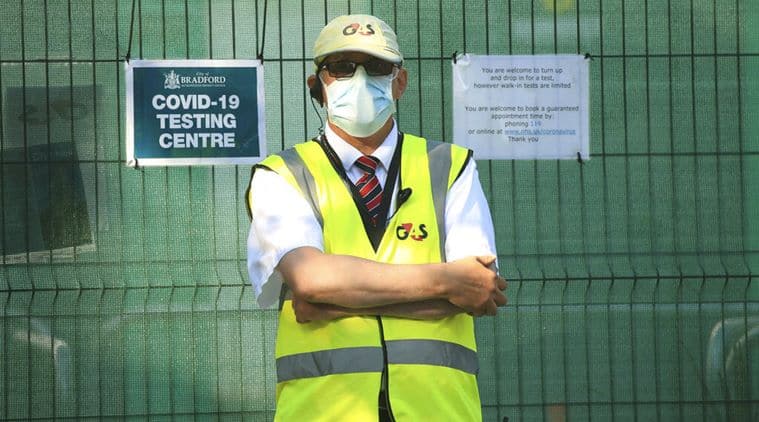 Over 50 per cent of roughly nine million British employees on a furlough due to Covid-19 lockdowns have already returned to work, the Resolution Foundation think tank said on Saturday.

Britain’s finance ministry has said furlough payments totalling 32 billion pounds ($42 billion) have so far been made in respect of a cumulative 9.5 million jobs.