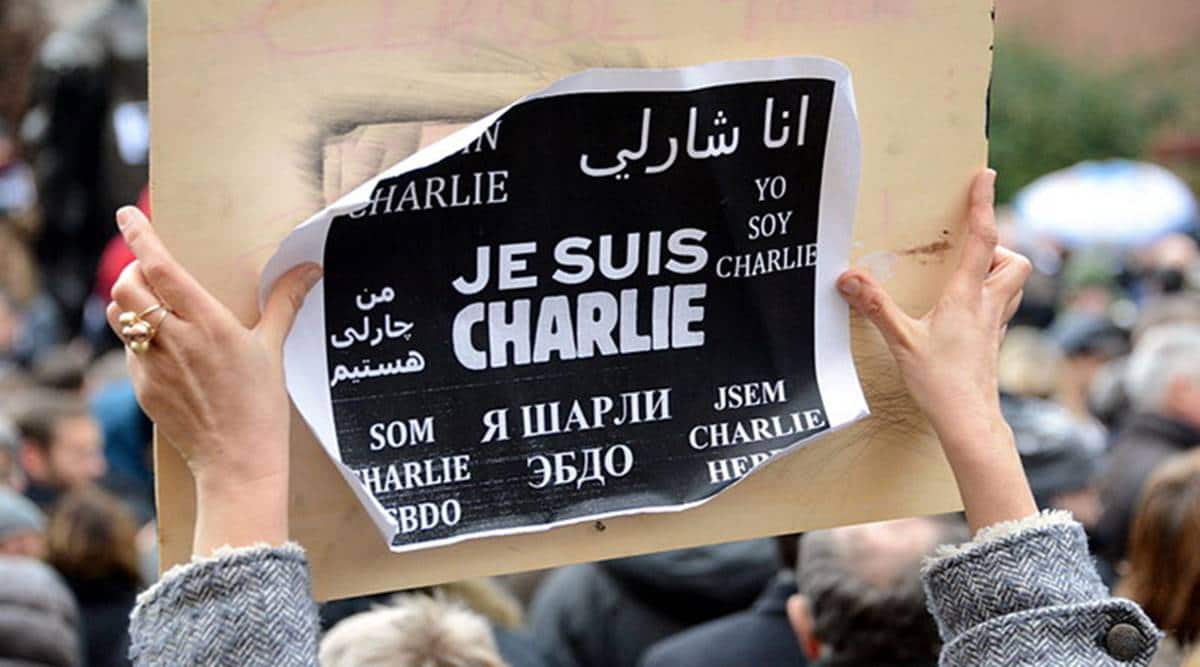 A person holds up a “Je Suis Charlie” (I am Charlie) sign during a ceremony to pay tribute to the victims of the shooting at the French satirical newspaper Charlie Hebdo, in Paris (Reuters/File)

Weeks after satirical French magazine Charlie Hebdo republished a series of controversial cartoons of Prophet Mohammed, the magazine’s head of HR has said that she was forced to leave her home after her security guards received “precise and detailed” threats, BBC reported. The cartoons had made the weekly magazine the target of a brutal gun rampage by two Al-Qaeda terrorists in 2015.

The French magazine’s HR Head Marika Bret, who has been under police custody for almost five years after the attack on the Charlie Hebdo office in Paris, said that she will not be returning to her home as the threats were “sufficiently concrete to be taken seriously”.

“I had 10 minutes to do my business and leave my home, 10 minutes to give up part of my existence,” Bret told Le Point magazine. “I won’t be coming home.” She blamed “an unreal level of hatred around Charlie Hebdo”, BBC reported her as saying.

In their recent edition, Charlie Hebdo reprinted the controversial caricatures to mark the start of the trial of 14 suspected accomplices, who have been accused of providing logistical and material support to the gunmen five years ago. The suspects will be tried on multiple charges — including complicity in murder and terrorist conspiracy — at a courthouse in northwest Paris over the next few months.

“Since the start of the trial and with the republication of the cartoons, we have received all kinds of horrors, including threats from Al-Qaeda and calls to finish the work of the (gunmen from the 2015 attack),” she said, according to the BBC report.

In the recent edition of its publication ‘One Ummah’, Al-Qaeda threatened to carry out another massacre at the magazine’s office because of the cartoons. The terrorist group warned both the magazine’s editorial staff and French President Emmanuel Macron that the attack carried out by two Al-Qaeda terrorists in 2015 was not a “one-off”.

In an editorial note, accompanying the new edition of Charlie Hebdo, publishing director Laurent “Riss” Sourisseau, explained why the caricatures were being reprinted. “We will never give up. The hatred that struck us is still there and, since 2015, it has taken the time to mutate, to change its appearance, to go unnoticed and to quietly continue its ruthless crusade,” he wrote.

The magazine’s decision to reprint the cartoons was condemned by several countries, including Iran, Pakistan and Turkey, AFP reported.

Among those killed in the January 7, 2015 attack, led by brothers Saïd and Chérif Kouachi, were several cartoonists, including the magazine’s then-editor Stéphane Charbonnier. The massacre left a deep scar and sparked global debates on free speech, blasphemy and religion.