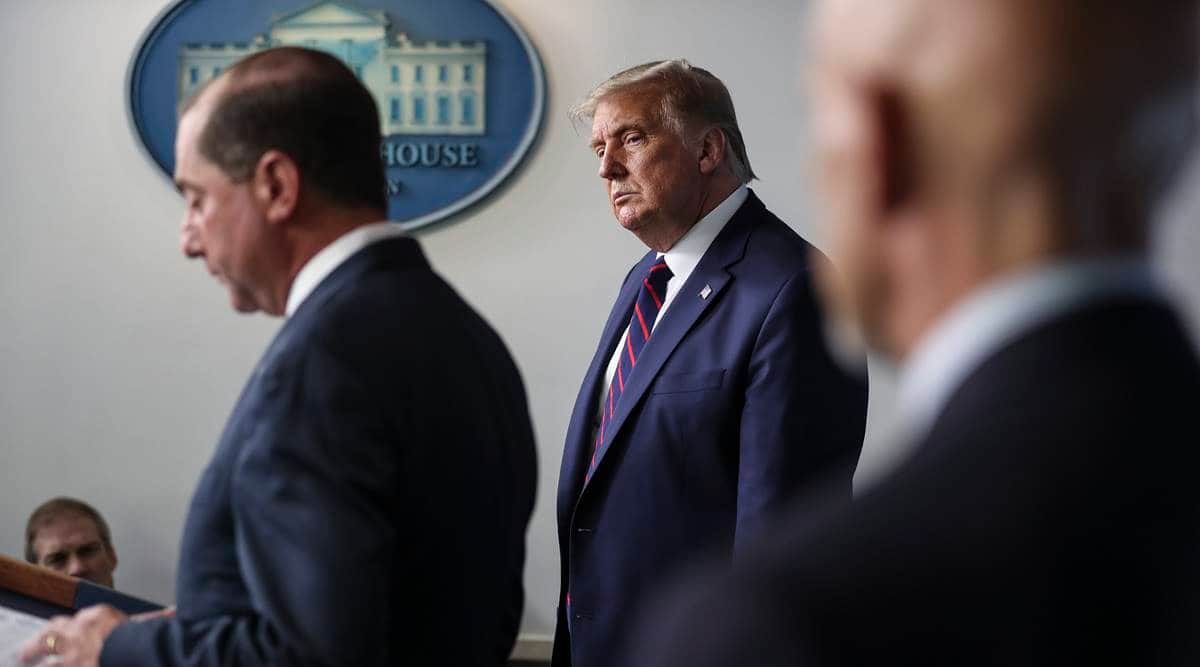 A second Republican senator came out in opposition to filling a vacant Supreme Court seat before the Nov. 3 election while Speaker Nancy Pelosi asserted without details that the Democratic-led House has “options” for stalling or preventing President Donald Trump from quickly installing a successor to the late Justice Ruth Bader Ginsburg.

Sen. Lisa Murkowski ofAlaska said in a statement that “for weeks, I have stated that I would not support taking up” a potential nomination as the presidential election neared. “Sadly, what was then a hypothetical is now our reality, but my position has not changed.”

Quixplained| Ahead of US elections 2020, a look at the fight between Trump and Biden

Murkowski joins Maine. Sen. Susan Collins, who said replacing Ginsburg should be the decision of the election winner — Trump or Democrat Joe Biden. Republicans hold a 53-47 edge in the Senate. If there were a 50-50 tie, it could be broken by Vice President Mike Pence.

Focus is growing on Sen. Mitt Romney, R-Utah, who has broken with Trump before. There is another potential wrinkle: Because the Arizona Senate race is a special election, that seat could be filled as early as Nov. 30, which would narrow the window for McConnell if Democrat Mark Kelly wins.

The House has no formal say in presidential nominations, a role the Constitution assigns to the Senate, and Pelosi, D-Calif., refused in a television interview to detail the “arrows in our quiver,” even when asked about trying to impeach Trump for a second time.

Ginsburg’s death Friday at age 87 has injected new ferocity into the election-year battle for the presidency and control of Congress, in a nation already struggling with the coronavirus pandemic, economic collapse and racial tension. The talk on the Sunday news shows gave a glimpse of the power tug over the timing of any vote to fill Ginsberg’s seat 44 days from the election.

Trump says he is obligated to act as soon as possible and had at least two women in mind for the seat. Most Republicans concurred on the need for speed and one named a practical reason: The nine-seat member, argued Sen. Ted Cruz of Texas, must be full if called upon to decide the outcome of a disputed presidential election.

Democrats urged the GOP Senate majority to heed its own advice against filling the court’s lifetime slots so close to elections.

Pelosi was asked whether she would be open to the House undertaking impeachment proceedings against Trump or Attorney General William Barr, as a way of trying to stall the confirmation process. She did not rule out doing so.

“We have our options. We have arrows in our quiver that I’m not about to discuss right now,” she said. Pelosi had stopped by the Court in the quiet of early Sunday morning to pay tribute to Ginsburg at the site that has filled since Friday with people, many leaving bouquets of flowers.

The next justice, Pelosi said, would help determine the survival of the Affordable Care Act. The court is scheduled to hear a lawsuit involving “Obamacare” on Nov. 10, which could affect the law’s protection of people with preexisting conditions.

“Those are the people the president wants to crush when he says he wants to replace the justice in this short period of time,” Pelosi said.

Nonetheless, the process was moving ahead. On a call with Senate Majority Leader Mitch McConnell, R-Ky., late Saturday, Trump mentioned two federal appeals court judges: Amy Coney Barrett and Barbara Lagoa, according to a person familiar with the private conversation who was not authorized to public discuss the call and spoke on condition of anonymity.

Some Democrats have suggested Barr should be impeached for what they say is the politicization of the Justice Department under his watch. After the election, new impeachment proceedings could by less risky to the Democrats than was their impeachment of Trump last year. The Senate acquitted him.

But the House’s options are few to bog down Trump. Impeachment is time-consuming, expensive and reserved for the most egregious wrongdoing.

To the chants of “Fill that seat,” Trump told supporters at an event Saturday night in North Carolina that he would nominate a woman as soon as this week. Senate Majority Leader Mitch McConnell, R-Ky., quickly committed to holding a vote on a nominee, but has not said when.

“We win an election and those are the consequences,” said Trump, who then seemed to signal that he’d be willing to accept a vote on his nominee during the lame-duck period after the election. “We have a lot of time. We have plenty of time. We’re talking about January 20th” — when the next president is inaugurated.

Cruz said all nine seats need to be filled by the election.

“An equally divided court, four-four, can’t decide anything,” Cruz said. “We need a full court on Election Day, given the very high likelihood that we’re going to see litigation that goes to the court. We need a Supreme Court that can find a definitive answer for the country.”

Democrats have denounced McConnell’s move to push ahead as hypocritical, pointing out that he refused to call hearings for President Barack Obama’s nominee of Merrick Garland 237 days before the 2016 election.

The next pick could shape important decisions beyond abortion rights, including the fate of Obama’s healthcare law any legal challenges that may stem from the 2020 election. In the interim, if the court were to take cases with eight justices, 4-4 ties would revert the decision to a lower court; for instance, the Affordable Care Act could then be struck down by a lower Texas court.

Pelosi and Cruz spoke on ABC’s “This Week” and Klobuchar was on CNN’s “State of the Union.”